Not so driven to get a license

When I was a teenager, the ritual countdown to our 16th birthday meant most, if not all, of my friends got their driver’s licenses on their birthdays, or soon after. And there were always the ensuing celebrations—joyrides in friends’ new cars, the great feeling of liberty from the gaze and grip of parents, and the ritual trip to the nearest Baker’s Square or Dunkin’ Donuts to celebrate (it should be noted here that I grew up in the Midwest, and customs may have been slightly different down here in Texas). For the John Hughes generation, cars were a major part of any teenager’s social life, and the idea of delaying getting a license was anathema.

Times are changing. What seemed like a surefire teenage rite of passage is becoming more of a slow roll to the finish line. More teenagers are delaying getting their driver’s licenses for a variety of reasons, and more parents are on board with the decision.

The parents interviewed for this story were quick to acknowledge that determinations regarding when to get a license are personal family decisions. And they shared their own opinions on the trend in teens delaying getting their driver’s licenses.

A natural step in growing up
Betsy Westerman, a mom with two teenage daughters, one already licensed and one a year away from licensure, chafes against the idea of delaying licensure for several reasons. She explains, “I advocate for kids getting their licenses ASAP because I think it is a natural step in growing up and gaining independence.” She says that with her younger daughter, the necessity of having a third driver in the house isn’t as urgent. Her licensed older daughter can drive her younger daughter around, which, she concedes, “is a little cooler than having me drive her.” As far as her younger daughter is concerned, she says she may delay her a bit, but only for purely pragmatic reasons: “We have tons of construction where we live, and our neighborhood opens out to a two-way I-10 access road. We are waiting for them to take up the concrete barriers a bit more before we let her loose. However, we will be pushing her — not holding her back. That I know for sure.”

A right and a responsibility
Angela Ruder, a mother of two boys who both got their driver’s licenses within days of turning 16, agrees with Westerman that getting a license is an important step in growing up. According to Ruder, it is not only a privilege and a right of passage; but a life skill that shouldn’t be underestimated. She says, “Preparing for the exam, going through the classes or, in some cases, driving with a parent or guardian in the car to accumulate the required hours, is actually a pretty enlightening experience for most kids. It’s usually their first common interaction with the law where they are required to learn and understand the law in a way that is not hypothetical. When you are out there driving, you are accountable for your actions while behind that wheel. Kids who have gone through driver’s training are made well aware of this. It’s a precursor to adulthood.”

While Ruder advocates that teenagers should get their licenses on time, she is sympathetic to the decision that some families make to delay. “You can’t fault a family for not wanting to invest in another vehicle, insurance and gas, and a lot of families just don’t have those financial resources or are doubling down as they prepare for college costs that lie ahead,” she says.

Assessing readiness and willingness
Mother and daughter Debra and Sarah Morrow echo the current trends identified in the AAA survey to delay licensure. Debra says the decision to delay was Sarah’s idea and emphasizes the importance of family communication in decisions as important as this one: “My husband, Dwight, and I did not take the lead on the decision to postpone getting Sarah’s license. It was Sarah’s idea. We talked about it extensively. Sarah completed the classroom portion of driver’s education, practiced in our car and decided that she was not ready to pursue her license.” The fact that Sarah drove the decision to delay licensure tallies with media reports that it is teens, not parents, who are more likely to request a delay. Debra continues, “I would say that Sarah’s reason to wait revolved around the fact that so much of her life is centered in our neighborhood. We live one block from her high school. Her friends live close by. There just wasn’t a huge impetus to get her license at age 16.”

The role of social media
As far as social media’s effect on driving and licensure, Debra agrees that it has had an impact. “Sarah maintains close contact with friends through social media, and I do think it was less of a ‘big deal’ to get her driver’s license.” While access to social media does not preclude the necessity of face-to-face contact and certainly doesn’t stand in for in-person time with friends, it seems to be the case for at least some teenagers that access to social media has made it seem less urgent for them to get out and start driving. Debra also underscores the individual personality of a kid as having relevance in determining whether or not to delay licensure. “Sarah is a person who tends to observe before diving into experiences. At age 16, driving a car seemed frightening to her. She was ready at age 18, after having watched friends navigate the world of driving. By age 18, she was able to make all the arrangements with DPS to take her test and obtain her license,“ explains Debra.

Safety is a major decision factor
Finally, Debra says that a major factor in delaying driver’s licenses for teens has to do with safety. “I definitely worry about safety,” she explains. “I want her to get as much experience as possible while living under our roof. But I had to balance my anxiety about safety and my wish for her to get more driving experience with her own assessment of her readiness.” One important point Debra makes is that texting and driving is a new danger that parents have to deal with these days. One way she has found to counteract the seeming ubiquitous practice among teens is to make it a point never to talk on the phone or text while driving. She models the behavior she wants to see in her teens.

Caution and comfort level are key
As parents, Dwight and Debra Morrow let their daughter discover her own comfort level with driving and licensure. Sarah echoed many of her parents’ reflections on the experience and noted that the walkability of her neighborhood and her natural caution were the paramount reasons she decided to delay. “When I turned 16, all of my friends immediately got their licenses, so I had a ride everywhere I needed to go. I think the overarching issue, though, was that I was extremely scared of driving. My parents are good drivers, sure, but other people aren’t. Driving a huge rolling death machine was the last thing I wanted to do. Control tends to be important to me, and I felt that while I could control the car, I couldn’t control other people’s driving habits, and that was too scary to overcome for a while,” she says.

Now that Sarah has her license, she reflects on what driving actually offers in terms of real costs and benefits. “I’m still kind of scared of driving. As a relatively new driver, I can’t say I’m the best. I’m safe, but it’s still a little nerve-wracking to be rolling along at 40 mph so close to other vehicles. At the same time, I love to drive. Driving is fun, I enjoy it, and the freedom is fantastic. I think that driving is a privilege that is earned when you get your license, and I’m thankful that I have such easy access to a car. I still walk to school, so for the most part, driving is extracurricular rather than a necessity.” Asked what she thinks about the current licensing procedures for teens, she says, “I think the licensing process is just fine. I’ve heard lots of people complain that it is too strenuous, but I would rather have people jump through more hoops and put the safest drivers on the street than anything else.”

Opting in for others to drive
Angela Ruder, though she feels that learning to drive is an important rite of passage, also noted that learning how to navigate public transportation can offer the same rights, responsibilities and lessons for teenagers that driving does, with the added benefits that taking public transportation is kinder to the environment, requires less of a financial commitment and helps teens learn to navigate the city. Ruder also notes that as ride-sharing services like Uber become more ubiquitous, teenagers will have transportation options that may be more attractive than driving themselves.

Whether teens choose to delay getting a license or not, thinking about the decision to drive is certainly something everyone should be doing. Open communication between parents and teens is key to ensuring that teens who get on the road are doing so only after careful consideration of the responsibilities and after the right training. 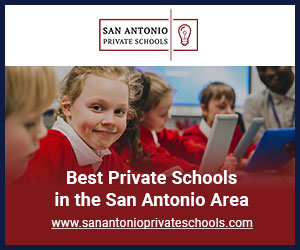